Skip to main content
It looks like you're using Internet Explorer 11 or older. This website works best with modern browsers such as the latest versions of Chrome, Firefox, Safari, and Edge. If you continue with this browser, you may see unexpected results.

Tips and information about the HCC Hotspots

*Devices are available to current students only. If you have any difficulties requesting a hotspot, please contact your campus library for assistance.

HCC Libraries hotspots are available through funding for-student-use only. Often faculty are in need of hotspots due to weak or no internet access of their own.

Tampa Bay public libraries that are promoting the availability of hotspots for check-out are linked below:

Using the Hotspots from the HCC Library

Using the hotspots is the same regardless of the model. Below are some steps: 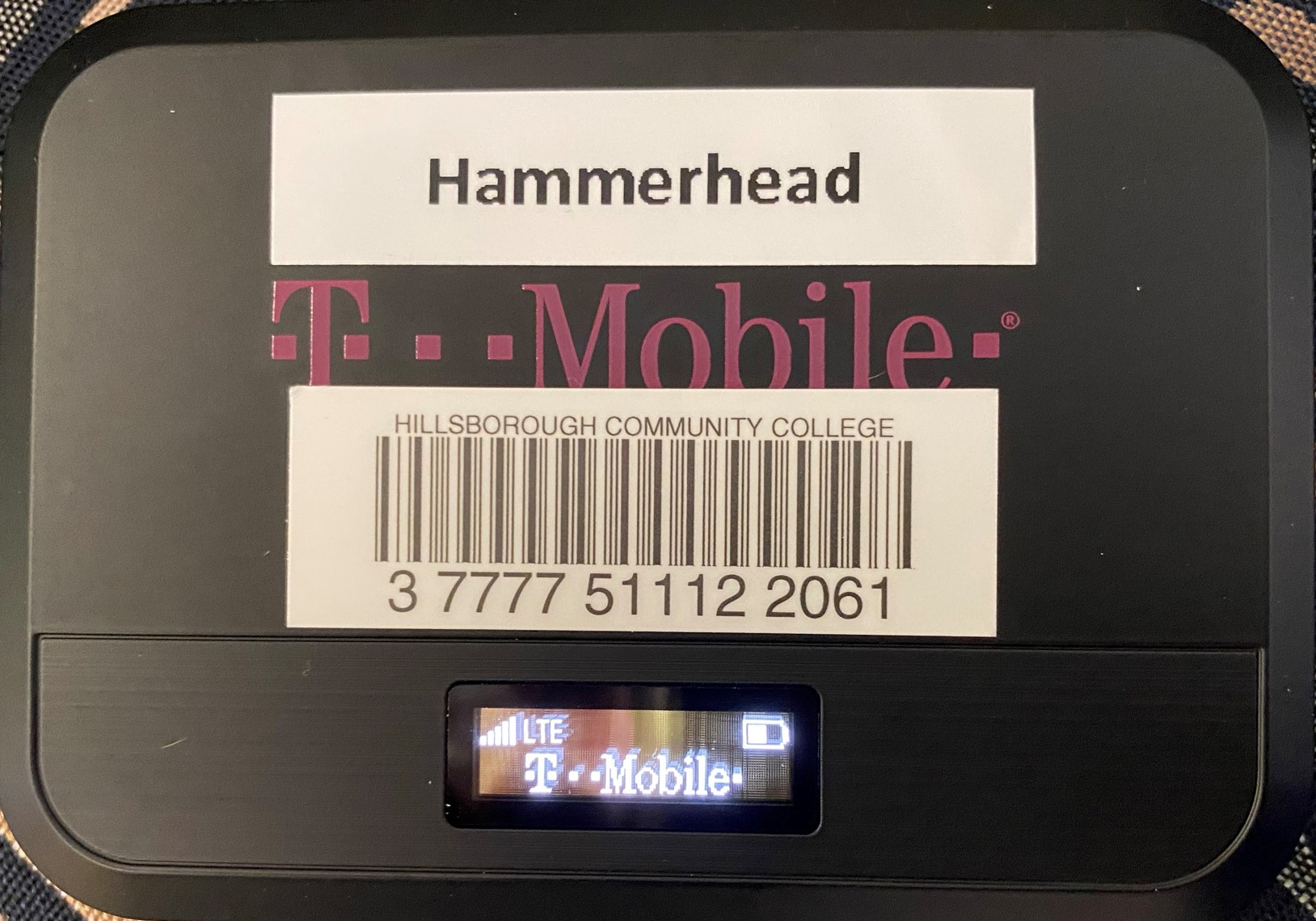 Navigate between informational screens on the hotspot by pushing the power button. Each push will show a different screen. 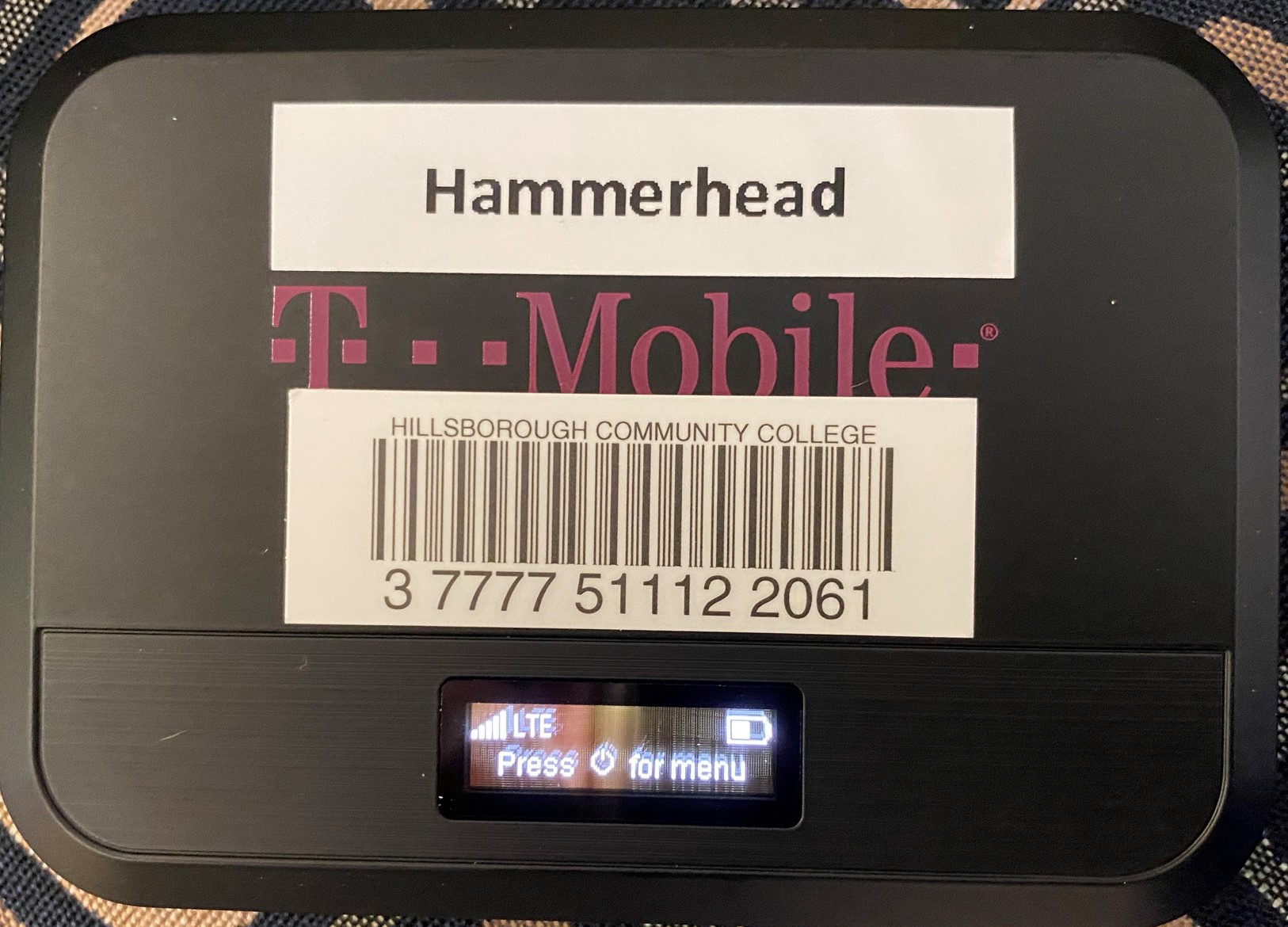 This screen simply shows the billing cycle date for the device. It does not impact the student's ability to use the device. 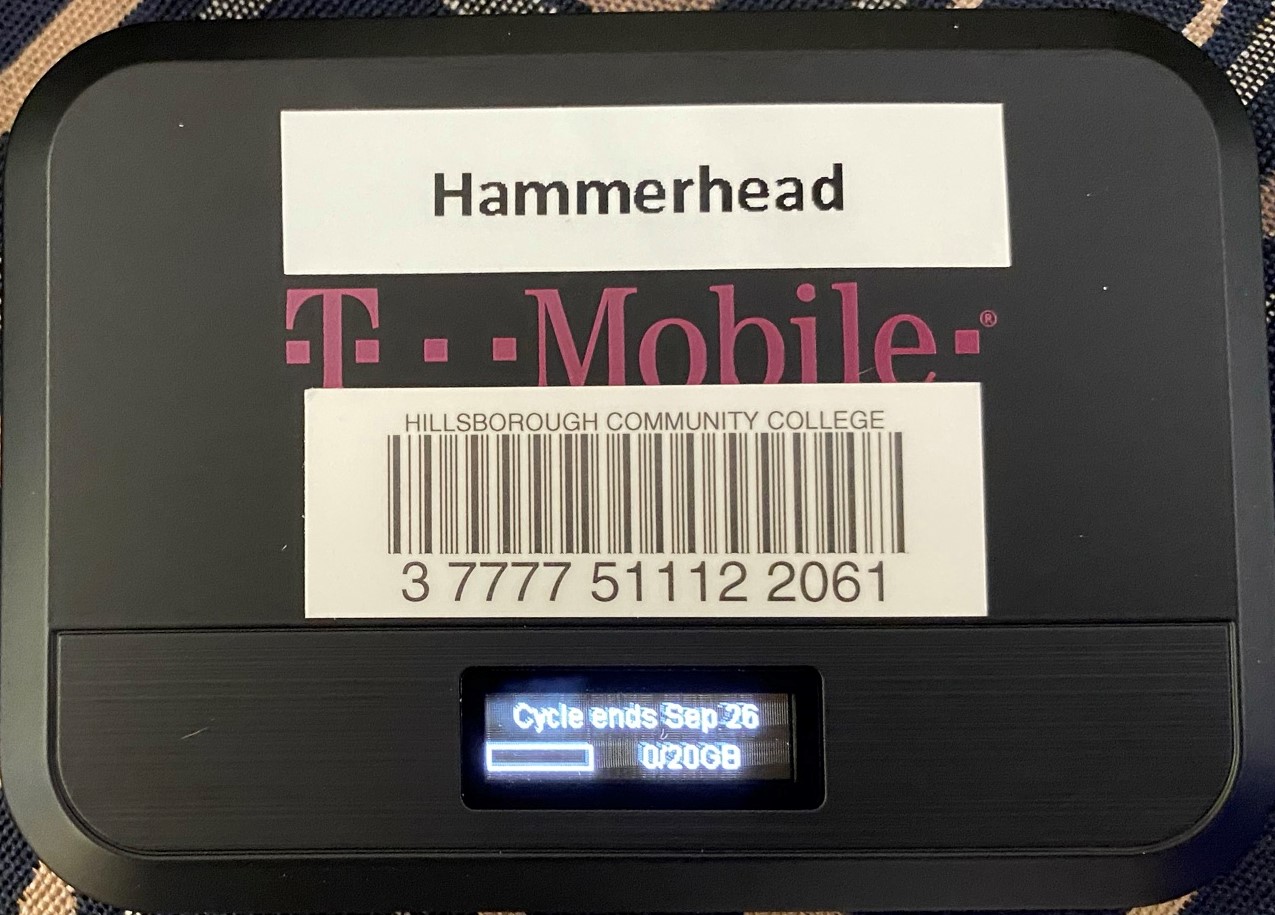 Press the power button to display the Wifi name. This will be the name of the Wifi Network that you will select on your device in order to access the Internet. 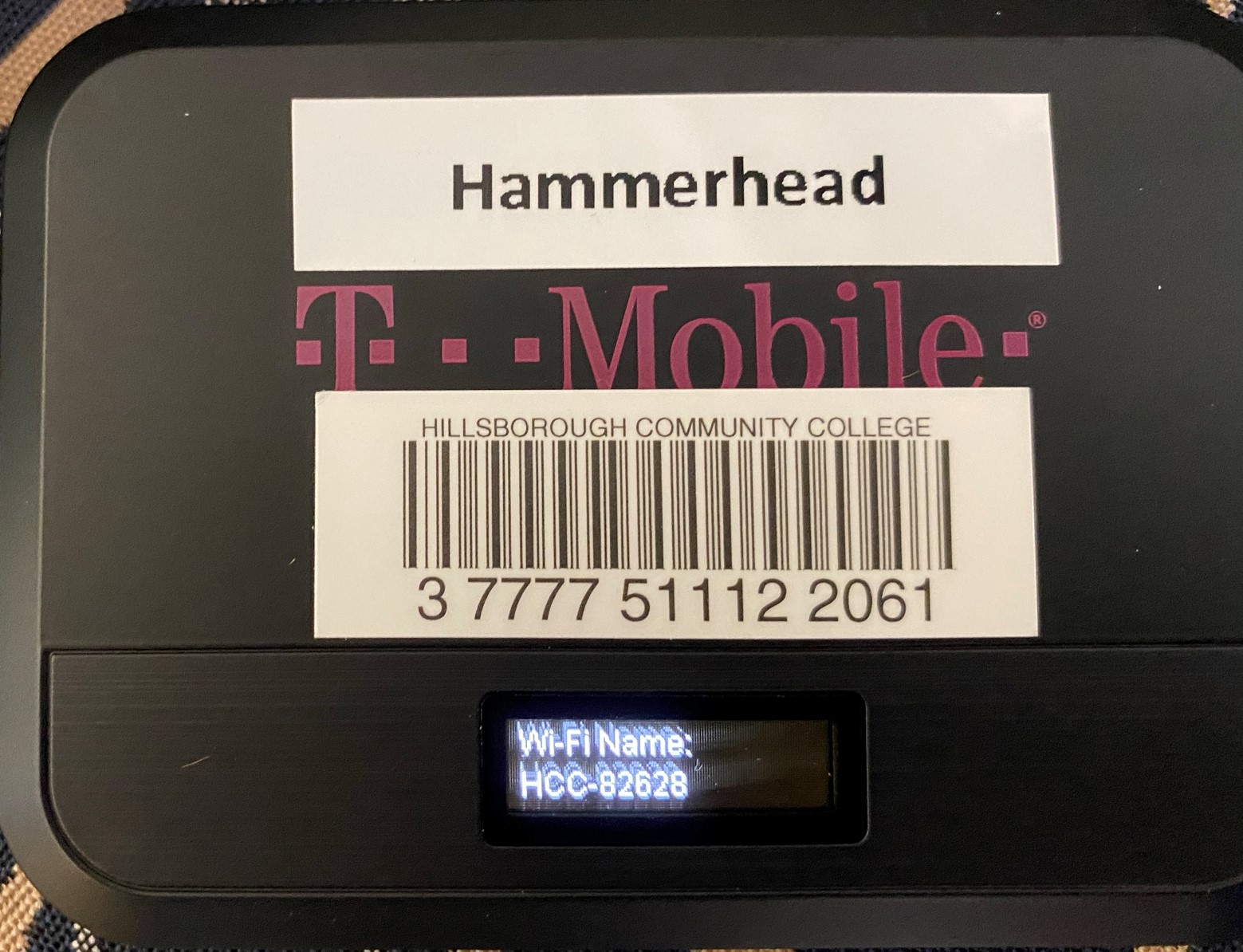 After selecting the Wifi Network name, your device will likely ask for a password. The password for all HCC devices is Hawks1968. 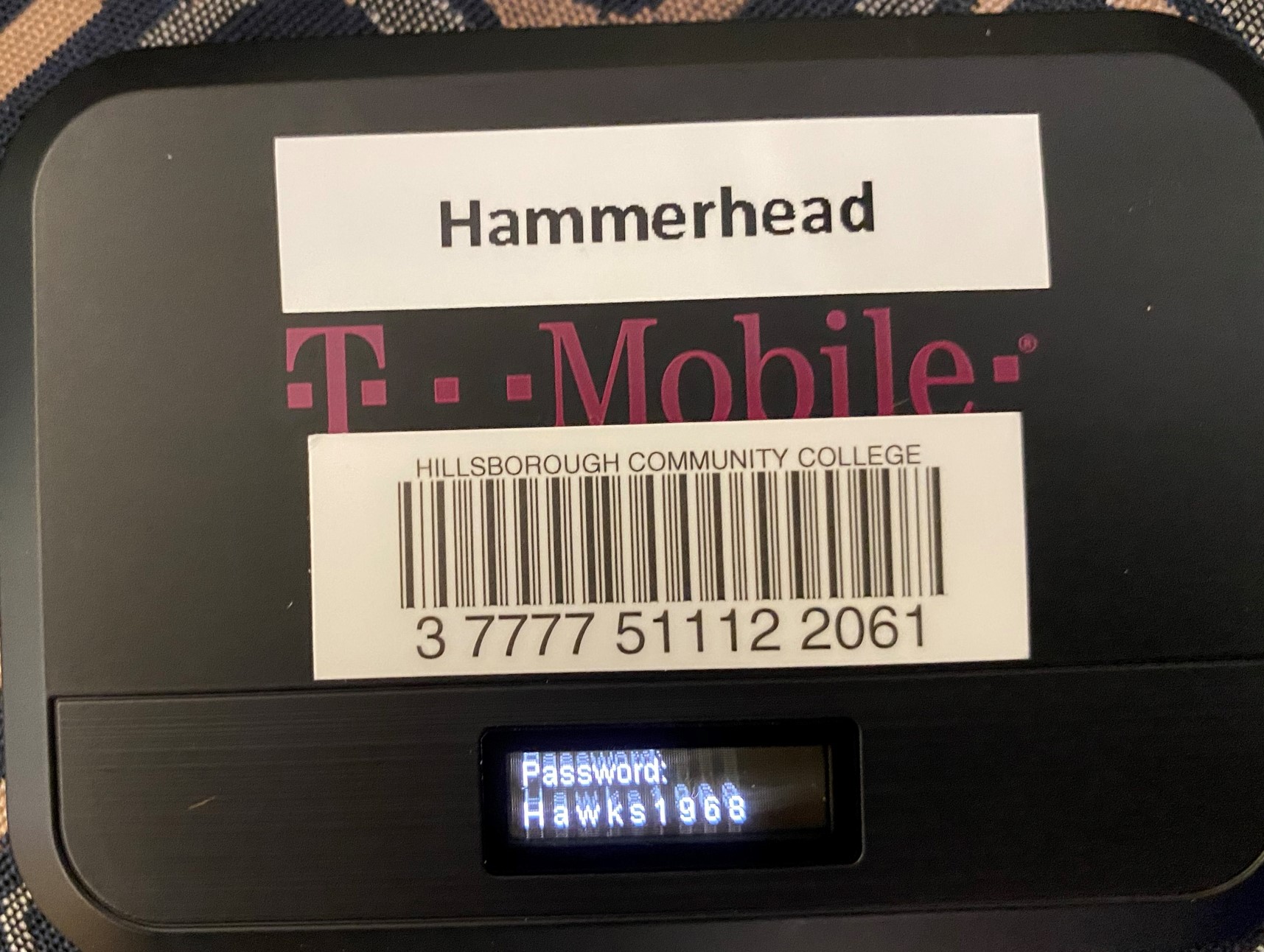 Power off the device when you are not actively using it. Press and hold the power button until the display says Goodbye. 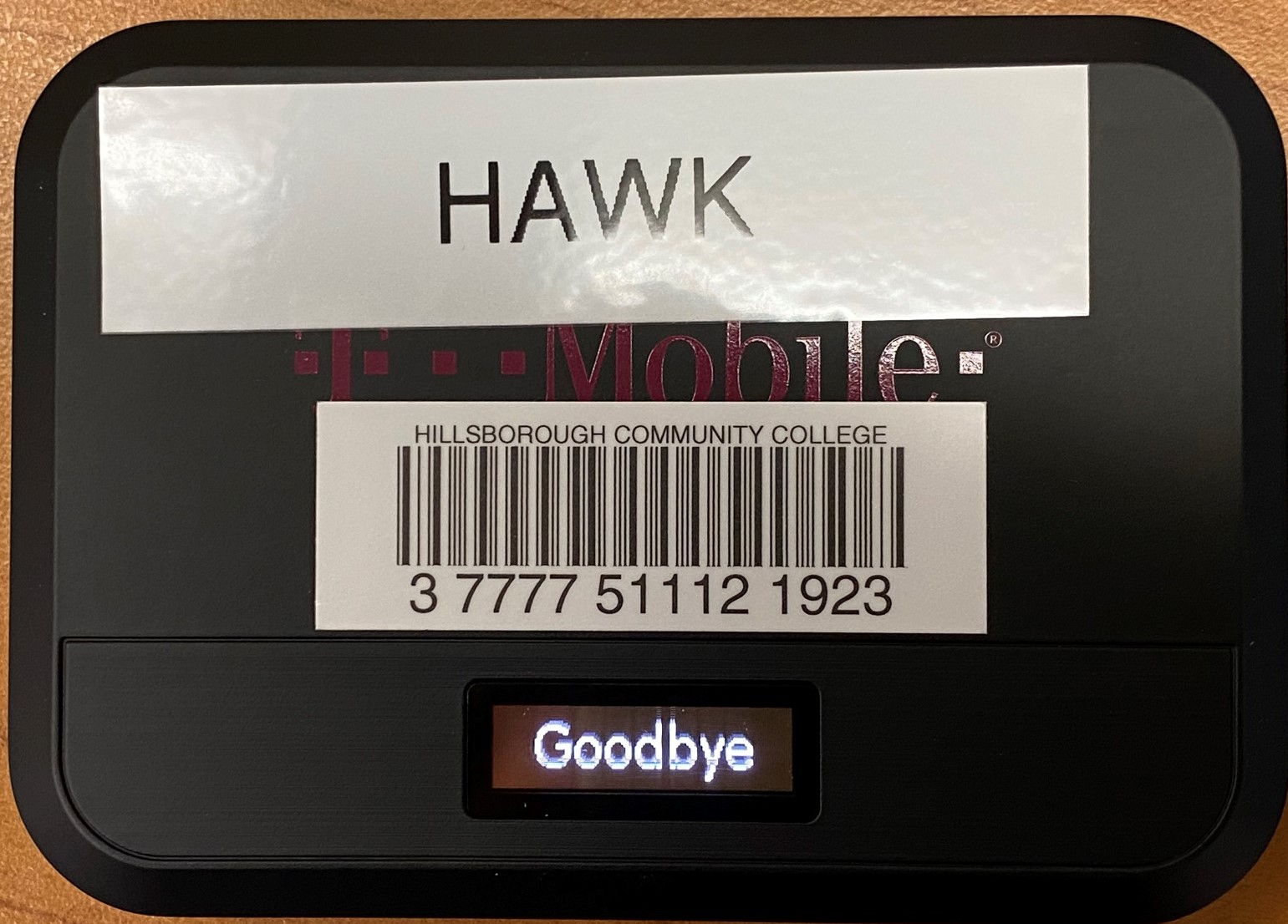