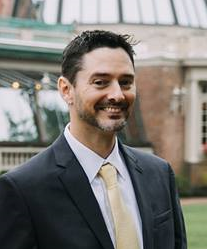 Todd Joseph is a cognitive scientist and Assistant Professor of Psychology at Hillsborough Community College in Tampa, FL. He serves as the chair of General Education and is the vice-chair of Academic Affairs and of HCC’s Institutional Advisory Council. Todd also serves as the advisor for the HCC Psychology Club and their chapter of Psi Beta (the national honor society for Psychology at 2 year colleges), for which he won the 2018 Student Organization Advisor of the Year award. Prior to HCC, Todd taught for the University of South Florida, the University of Florida, and the University of Arkansas at Little Rock. Todd is a nationally recognized teacher, having won a NISOD Excellence award twice. He is also a 3 time winner of USF’s Provost’s Commendation/Award for Outstanding Teaching.

In addition, Todd is a member of the Board of Directors for Psi Beta, serving as the Vice President for the southeastern U.S., and is the executive director of the Central Florida Psychology Summit. Todd has also been appointed to and currently serves on the American Psychological Association’s Committee on Associate and Baccalaureate Education, which helps guide APA policy and expectations for undergraduate education at colleges and universities. He has recently been nominated to serve as an at-large board member for the Southeastern Psychological Association.

Todd is a well-respected national speaker, giving presentations & lectures about cognitive science, experiential learning, and pedagogy across the country and abroad. This past year, at the request of college administration, he developed and presented a CCHE course about the Psychology of Teaching and Learning for HCC. This class, as well as his many Cognitive Science of Teaching and Learning in-service talks have been well attended and well-received.

As teachers, we spend a lot of time focused on facts and course-specific content. While these are undoubtedly important, teaching facts to students is only a very small part of what we can do to help them transform their lives. In this talk, we will focus on things we can do within our classrooms (and hopefully outside of them), based on scientific evidence, to make a real difference in the lives of the people who rely on us.

The goal is for this to be an educational and interactive session. There will be a broad focus on the Psychology of Teaching and Learning, with an emphasis on specific examples of things each of us can do to make our college a better place for students to grow.

Some of the topics we may discuss include rapport, expectations, grit, growth mindset, experiential learning, multi-tasking, stereotype threat, motivation, and others. There will be time for discussion.