Nobel Prize winner Ernest Hemingway is seen as one of the great American 20th century novelists, and is known for works like A Farewell to Arms and The Old Man and the Sea. Born on July 21, 1899, in Cicero (now in Oak Park), Illinois, Ernest Hemingway served in World War I and worked in journalism before publishing his story collection In Our Time. He was renowned for novels like The Sun Also Rises, A Farewell to Arms, For Whom the Bell Tolls, and The Old Man and the Sea, which won the 1953 Pulitzer. In 1954, Hemingway won the Nobel Prize. He committed suicide on July 2, 1961, in Ketchum, Idaho. 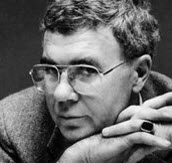 Born in Clatskanie, Oregon, he was raised in the Pacific Northwest, where he often set his sparely written tales of everyday blue-collar life. His personal struggles with poverty and alcoholism (he stopped drinking in 1977) also colored his work. Carver's stark, minimal narrative style, pared-down language, and episodic plot lines are particularly effective in capturing the gritty reality of his characters. Captured, too, is the ordinary yet often revelatory nature of his characters' experiences and the range of their emotions, which often include guilt, grief, hopelessness, and the effects of fading love. Nonetheless, his stories are frequently tinged with a biting humor.

A Rose for Emily

William Faulkner was a Nobel Prize–winning novelist of the American South who wrote challenging prose and created the fictional Yoknapatawpha County. He is best known for such novels as 'The Sound and the Fury' and 'As I Lay Dying.'

American writer William Faulkner was born in New Albany, Mississippi, in 1897. Much of his early work was poetry, but he became famous for his novels set in the American South, frequently in his fabricated Yoknapatawpha County, with works that included The Sound and the Fury, As I Lay Dying and Absalom, Absalom! His controversial 1931 novel Sanctuary was turned into two films, 1933's The Story of Temple Drake as well as a later 1961 project. Faulkner was awarded the 1949 Nobel Prize in Literature and ultimately won two Pulitzers and two National Book Awards as well. He died on July 6, 1962.

The Storm / The Story of an Hour

Kate Chopin was born on February 8, 1850, in St. Louis, Missouri. She began to write after her husband's death. Among her more than 100 short stories are "Désirée's Baby" and "Madame Celestin's Divorce." The Awakening (1899), a realistic novel about the sexual and artistic awakening of a young mother who abandons her family, was initially condemned for its sexual frankness but was later acclaimed. Chopin died in St. Louis, Missouri, on August 22, 1904.